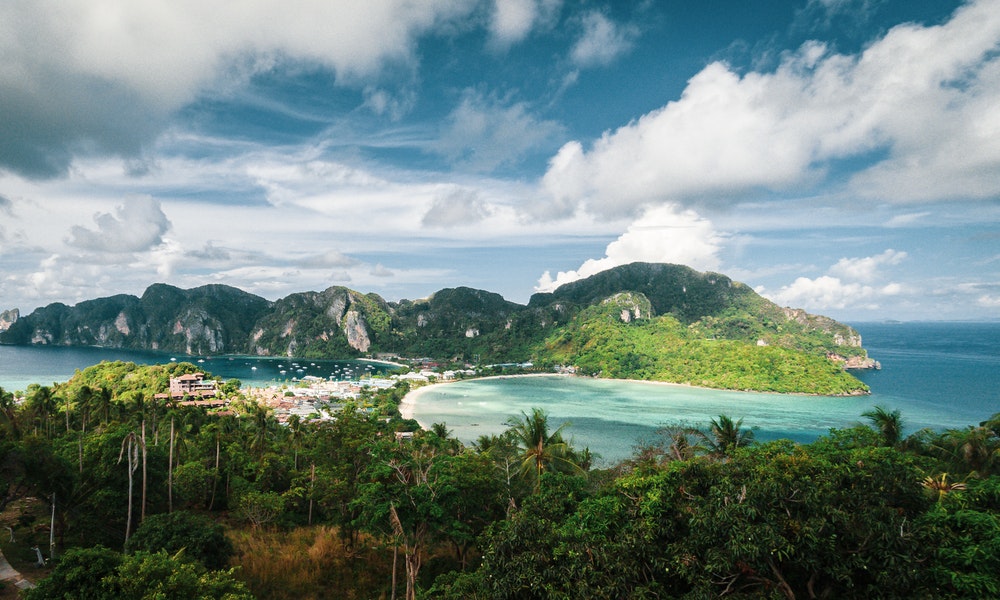 The Andaman and Nicobar Islands are a union territory of India, consisting of a series of islands with a total area of 8,073 square kilometers. The islands are famed for their beautiful white sand beaches and brilliant blue sea.

Swastik Holiday as the best travel agent in Mumbai discusses the best tourist attractions to visit in the Andaman and Nicobar Islands.

List of Best Places to Visit in Andaman Nicobar Islands

The list of Best Places to Visit in Andaman and Nicobar Islands is given below:-

Port Blair, the capital of the Andaman and Nicobar Islands, is a somber reminder of the countless sacrifices made by freedom warriors. The Cellular jail is undoubtedly one of the most infamous relics of India’s independence war. The main motivation for the construction of this prison was to keep the inmates in solitary confinement. The wings were constructed so that each cell’s face could only see the back of the cell opposite it.

On the Havelock Islands, Radha Nagar Beach is one of India’s most popular beaches, and Time magazine ranked it the best beach in Asia in 2004. The beach is a must-see sight located about 12 kilometers from the Havelock Islands. There are no waves and the seas are beautifully clean. Diverse activities such as scuba diving, snorkeling, boating, fishing, and a range of others are offered.

If anyone booking Andaman Holiday Packages should make a point of visiting the Baratang Islands. The boat ride is sheltered by a forest canopy that also serves as a home for the indigenous Jarwa tribe. Sea crocodiles, on the other hand, must be avoided at all costs, and no one should enter the water. The unique erosional patterns in the limestone caves here will instantly attract your attention. If you travel with an expert guide, the tour will be more enjoyable because you will learn more about the local tribes and the history of the caverns.

The coral reefs and white beaches of Neil Island are well-known. Mornings and evenings are the finest times to visit its beaches. People who want to go snorkeling and enjoy the view of the coral reefs in this area should go early in the morning. Neil islands are known as the coral capital of Andaman due to the magnificence of the reefs found here. If you’re not a big fan of snorkeling, don’t worry; you can still enjoy the beach by bringing a hammock and a book and relaxing in the serene and pleasant sea wind

The remnants of the Penal colony, which preceded the cellular jail or Kaala paani, are well-known on the Ross Islands. The jail was once used to house political prisoners, and the ruins of the gallows may still be seen on the island. Many prominent political prisoners from India’s movement for independence were held in jail. The island also contains remnants of the British’s affluent colonial history, such as a bakery and houses. Regardless of its reputation during the colonial period, the area is a beautiful spot that is one of the most popular tourist destinations in the Andaman and Nicobar Islands.

Rangat’s picturesque splendor is ideal for flora and animal enthusiasts. It’s on Middle Andaman Island, and it’s known for Cuthbert Bay Beach, which is a turtle nesting place. Olive ridley turtles, green sea turtles, hawksbill turtles, and leatherback turtles are among them. On the shore, the Cuthbert Bay Wildlife Sanctuary offers an unobstructed glimpse of newly hatched turtles scrambling towards the sea. By releasing turtle hatchlings, visitors can contribute to marine conservation initiatives.

The Great Nicobar Island is the largest of India’s Nicobar Islands, with a total size of 1,045 square kilometers. However, with a population of roughly 10,000 people, the island is thinly populated. The area was heavily impacted by the 2004 Indian Ocean tsunami, which resulted in many deaths and cut the area off from the rest of the globe for a few days. Nonetheless, the Great Nicobar Island is well-known for its rainforest, which is home to a varied range of wildlife and is also a World Biosphere Reserve.

It is a coral island with an intensive feel of summer and sand. It locates near to phoenix jetty of Port Blair. This Island is very famous for underwater activities so more crowd is available at this island. Travelers prefer to stay more time in North bay Island to enjoy the sea corals like scuba Diving & snorkeling.

Mount Harriet National Park is located in Andaman Nicobar Island. It is a reserve forest with mountain ranges and beautiful coastlines that was established in 1969. There is a Mount Harriet Peak in the park which is the third highest mountain peak in the Andaman archipelago. The Park has very beautiful beaches and evergreen forests with varieties of trees that give shelter to the different kinds of birds like wood pigeon, cuckoo dove, Andaman drongo, white-headed starling, and Andaman woodpecker.

You may love to read: Top 5 Treks In India